Blog | Another successful AGM at Harrogate

Another successful AGM at Harrogate

Another successful AGM at Harrogate

Almost 60 members and guests were present at the 2015 AGM, representing 25 member societies.   Following the formal business of the AGM, our first guest speaker was Joan Humble, a Civic Voice trustee who introduced the Civic Voice Manifesto, Localism for Real.  Joan was followed by Katharine Boardman from the Heritage Lottery Fund who drew attention to the different HLF programmes currently running and the process to be followed.

The speakers were followed by the presentation of the Peter Spawforth Awards for activity carried out by civic societies in the region in the year commencing in October 2013.

First prize (£200 and the Peter Spawforth trophy) was awarded to Selby Civic Society.

Following presentation of the awards the agenda moved on to a short presentation on the portfolio responsibilities of YHACS committee members, followed by a report on the Civic Voice regional forum by Helen Kidman.  Our final guest speaker was John Kershaw who spoke to us about the Civic Voice War Memorials project.  John is a Civic Voice trustee, chair of NWACTS and chair of Manchester Civic Society.  The meeting concluded with reports from Harrogate, Pickering and Spen Valley civic societies.  For a full account of the meeting please click here. 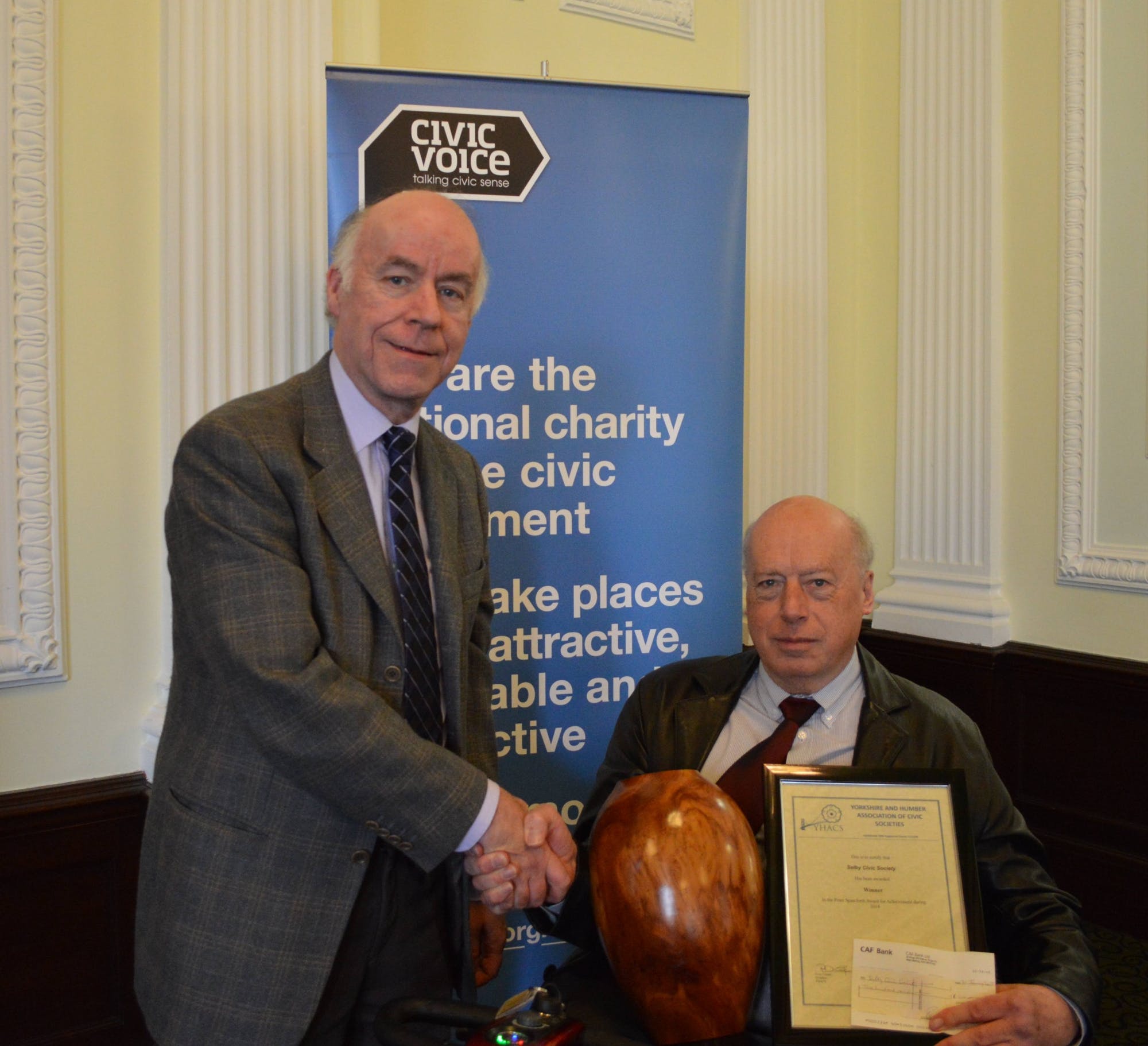 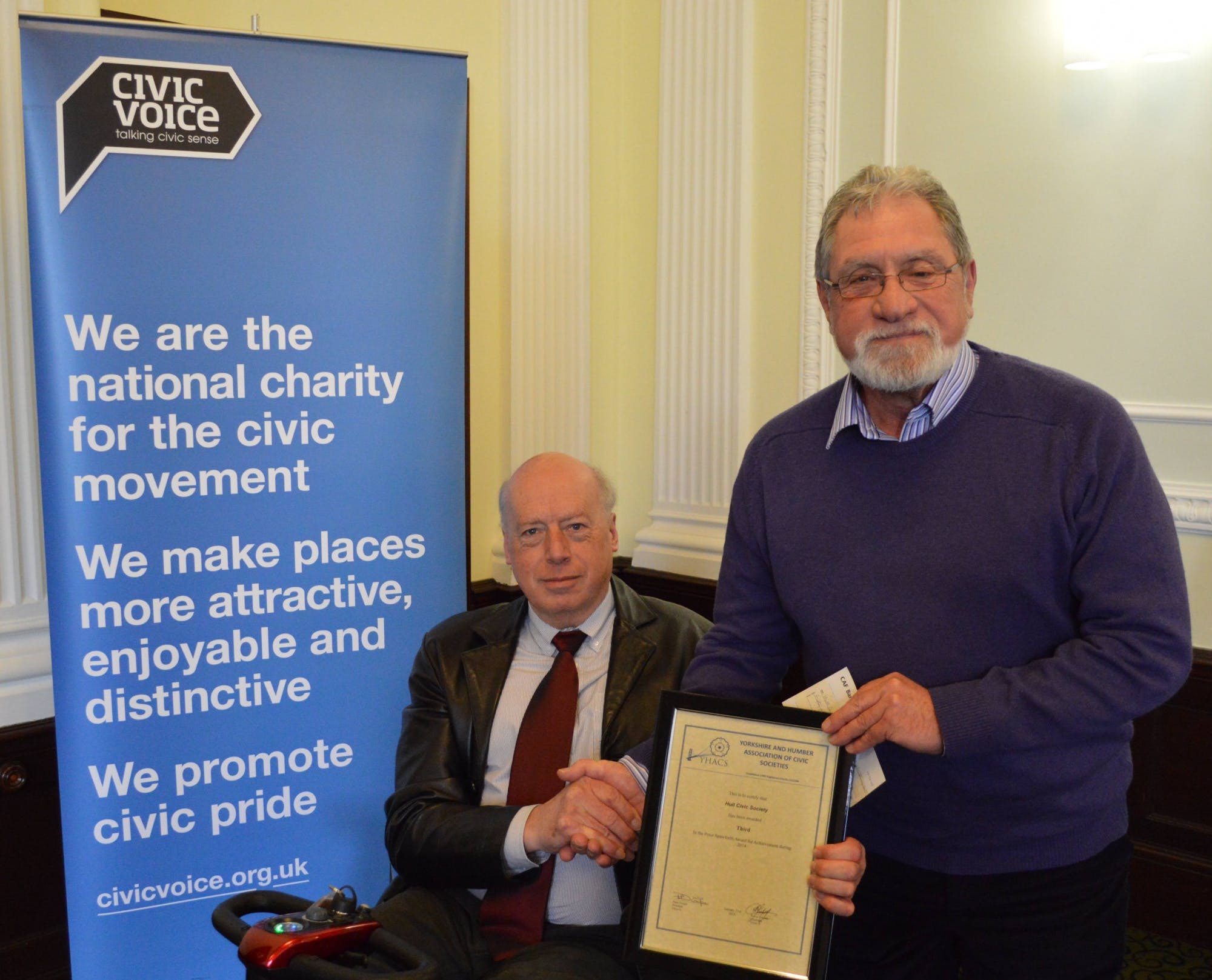 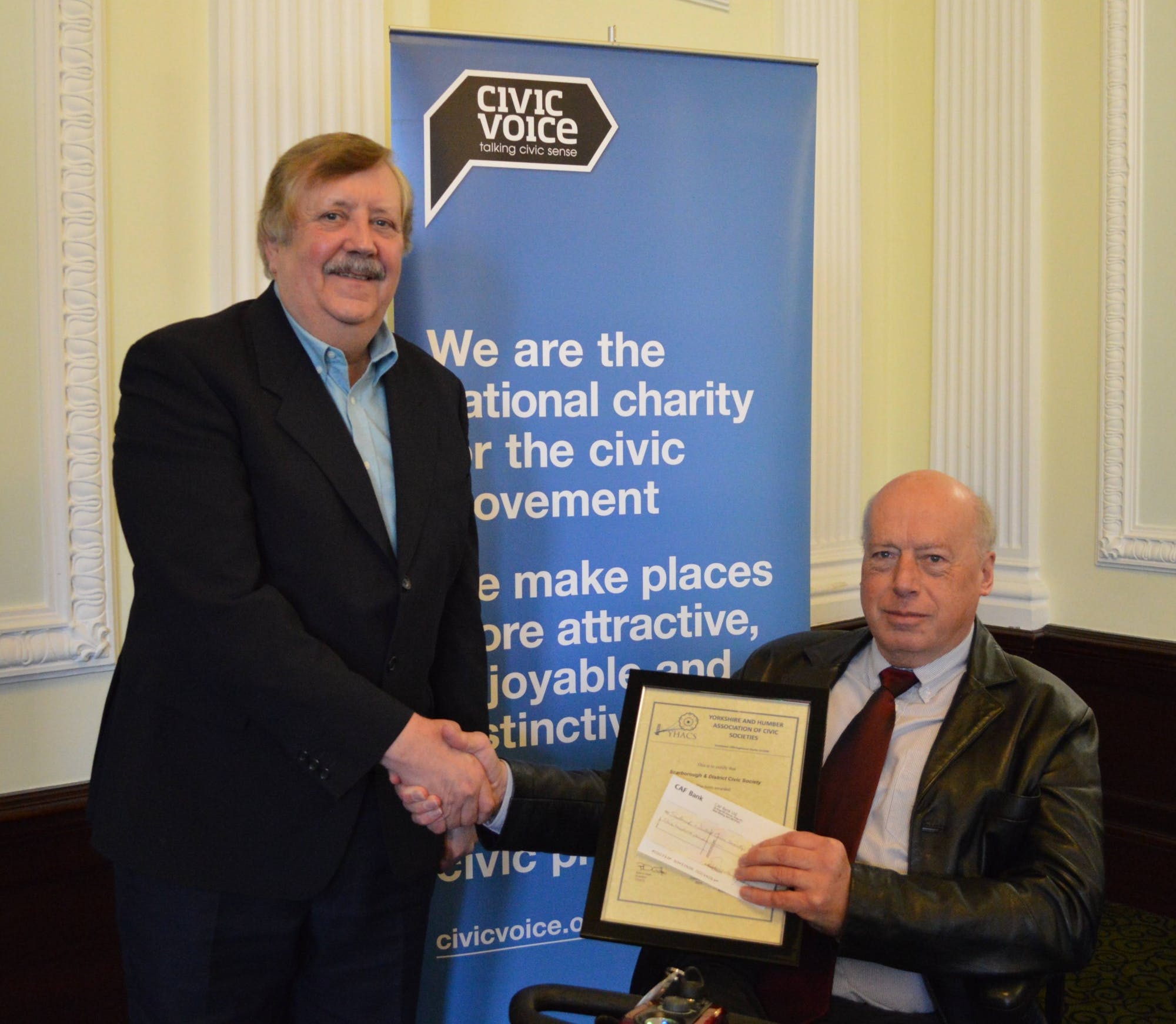